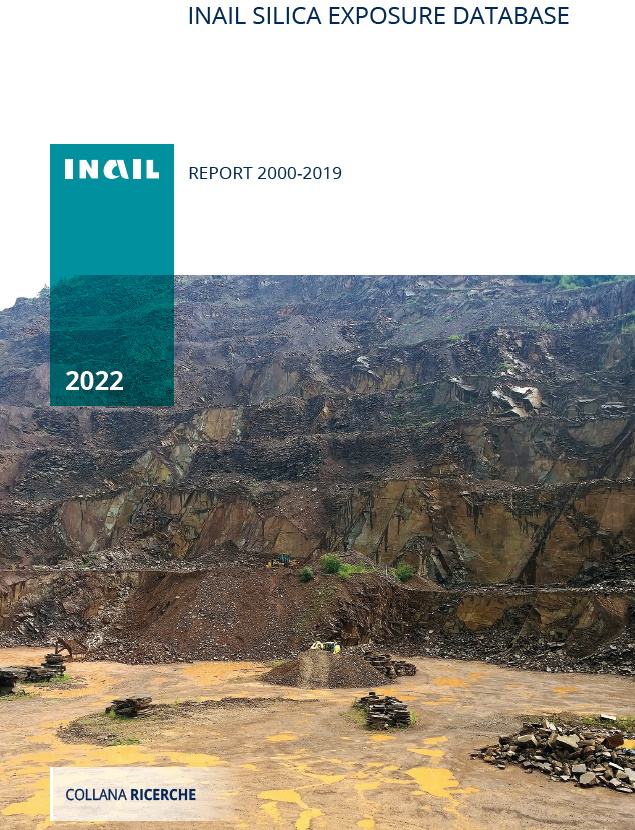 Quartz, by far the most abundant polymorph of silica, is common in many rocks, sands and soils and is contained in raw materials for the manufacture of many products.

Therefore, exposure to respirable crystalline silica is common in a large number of industrial activities. According to a study carried out in 2006 by the World Health Organisation, 5,300,000 European Union workers are potentially exposed, more than 70% of them in the construction sector (WHO, 2011), where exposures are particularly high in tunnelling and other earth moving operations. In Italy, besides construction, common exposure scenarios include the processing of clays for ceramic manufacturing, cutting, shaping and finishing of stone, quarrying for sand and gravel and the use of sand as moulding media in foundries. Although less common, exposure to crystalline silica is also observed in a variety of other industries in the manufacturing sector.

The adverse health effects of occupational exposure to crystalline silica have long been known. Silicosis can be considered a generalised systemic disease that originates in the lung and often affects other systems and organs. For decades, the scientific literature has recognised the association between silica disease and autoimmune pathologies, such as lupus, rheumatoid arthritis and scleroderma. Equally well known is the evidence that the effects of exposure to silica has in promoting the onset of autoimmune kidney disease. In more recent years the International Agency for Research on Cancer (IARC) has stated its
opinion that crystalline silica inhaled in the form of quartz or cristobalite from occupational sources is carcinogenic to humans (Group 1).

Crystalline silica may become respirable when a material containing quartz or cristobalite is handled and worked, as it happens in many workplaces. Therefore, respirable crystalline silica is generally a processgenerated substance. The Directive (EU) 2017/2398, amending the Directive 2004/37/EC on the protection of workers from the risks related to exposure to carcinogens or mutagens at work (known as CMD), has included work involving exposure to respirable crystalline silica dust generated by a work process among those classified as carcinogens (Annex I of CMD) and has set an occupational exposure limit value of 0.1 mg/m3 (Annex III of CMD).

In Italy, a special form of insurance against the risk of contracting silicosis in the workplace has been existing since the entry into force of Law No. 455 of 12 April 1943. This involved the payment of a supplementary premium to the National institute for insurance against accidents at work (INAIL) by the employer in whose establishment health risks associated with exposure to dust containing silica were present (a list of working processes that typically involves exposure, based on the mineralogical composition of raw materials, was annexed to the law). The transition from the assessment based on the mineralogy of materials to the measurement of exposure began in the 1960s, when INAIL created a special Technical Advisory Department for Risk Assessment and Prevention (CONTARP) to assess the actual risk level in the workplace.

In the 1980s, CONTARP began to collect respirable dust samples by using personal cyclones during workplace inspections. Since then, laboratory analysis were performed at the INAIL Central Industrial Hygiene Laboratory in Rome, by XRD on the dust samples collected on filters, to determine compliance with an exposure level fixed by the Ministry of Labour.

This website uses cookies to improve your experience while you navigate through the website. Out of these, the cookies that are categorized as necessary are stored on your browser as they are essential for the working of basic functionalities of the website. We also use third-party cookies that help us analyze and understand how you use this website. These cookies will be stored in your browser only with your consent. You also have the option to opt-out of these cookies. But opting out of some of these cookies may affect your browsing experience.
Necessary Sempre abilitato
Necessary cookies are absolutely essential for the website to function properly. These cookies ensure basic functionalities and security features of the website, anonymously.
Functional
Functional cookies help to perform certain functionalities like sharing the content of the website on social media platforms, collect feedbacks, and other third-party features.
Performance
Performance cookies are used to understand and analyze the key performance indexes of the website which helps in delivering a better user experience for the visitors.
Analytics
Analytical cookies are used to understand how visitors interact with the website. These cookies help provide information on metrics the number of visitors, bounce rate, traffic source, etc.
Advertisement
Advertisement cookies are used to provide visitors with relevant ads and marketing campaigns. These cookies track visitors across websites and collect information to provide customized ads.
Others
Other uncategorized cookies are those that are being analyzed and have not been classified into a category as yet.
ACCETTA E SALVA